The Tender Bar, starring Ben Affleck and Tye Sheridan, has divided critics in its first reviews.

It follows the young JR (Ready Player One‘s Sheridan) as he seeks a parental replacement after his father disappears, and the bonds he forges with his Uncle Charlie (Affleck) and the regulars at a bar. 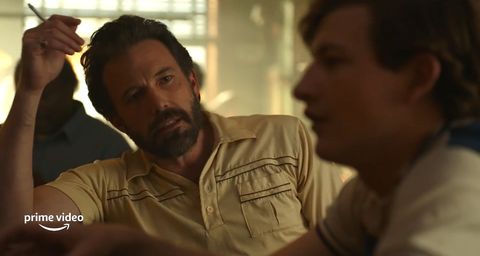 Related: Ben Affleck and Matt Damon reveal an on-screen kiss between them was cut from new movie

Scanning through the reviews, you’ll find a collective appreciation for the Worlds of DC actor’s performance and the sharp script. However, some were also slightly underwhelmed by the overall experience.

Check out the early word from critics below:

“What Clooney, and screenwriter William Monahan, conjure so magnificently is the look, sound, and feel of a household that can only survive by sweeping trauma under the rug, busying itself with small trivialities. The Tender Bar is uneventful. But its performances have such an easy, lived-in quality that it wouldn’t be fair to call it inauthentic – just a little rosy in its outlook, perhaps.

“Affleck, if anything, is the film’s great revelation, not because he has anything to prove as an actor, but because it’s been such a long time since he’s been handed a role not defined by sullen misery (DC’s Batman included, of course). Here, that brow finally unfurrows. The shoulders relax. He wears the part like an old, beaten-up jacket, utterly believable as a man who’s accepted his destiny with noble resignation.”

“There are no big, aha moments in The Tender Bar. Episodic and intimately scaled, the coming-of-age story takes George Clooney as far from high concept as he’s gone as a director. His eighth feature is also the warmest movie he’s made, the polar opposite of his previous outing, the sci-fi saga The Midnight Sky, which was spun from stark set pieces and an icy palette.

“In its focus on a working class neighbourhood in the Long Island town of Manhasset, the new film favours ’70s earth tones, the more faded and smoke-stained the better, and it’s alive with messy, loving clashes and bursts of joy.” 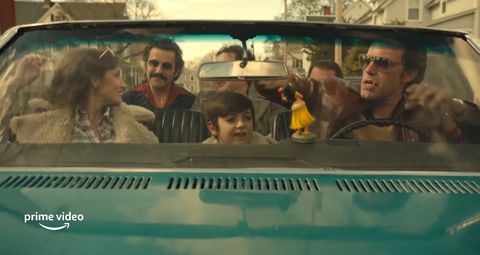 “A salty script by The Departed‘s William Monahan is often Clooney’s salvation, and Affleck’s way in. His dispensing of hard-knock advice has a rueful assurance, even when the film’s man-to-man philosophising and literary quips raise serious concerns that someone’s going to start quoting Hemingway.

“There’s an awful lot that shouldn’t work and plenty of things that don’t. Many of the needle-drops, from the likes of Steely Dan and Paul Simon, are an easy pleasure; when you get four of them in the space of 10 minutes, you feel like Clooney’s just buttering you up. Visually, it’s a bit of a nothing. If the chronic establishing shots of Charlie’s Long Island bar (The Dickens) transport us anywhere, it’s right back to the comfort zone of Cheers.”

“As a bar owner with keen intellect, Affleck traverses some choice dialogue and monologues to deliver an unforgettable portrait of the uncle you wish you had. Max Casella, Michael Braun and Matthew Delamater are wonderful as the bar regulars who dispense life advice to JR. Martini is imposing as the unlikeable father, and a special shout-out to the inimitable Sondra James, who died last month.

“She manages to steal her all-too-few moments as grandma with the skill she always showed in a long and fruitful acting career. Clooney’s choice of songs on the soundtrack also deserves star billing.”

“When [Clooney] first tried his hand at directing, he set his sights high, first with the ambitious but awful Confessions of a Dangerous Mind, and later, far more successfully, in Good Night, and Good Luck. But Clooney’s filmmaking has been hit-and-mostly-miss ever since: polished enough, but lacking much of a personality.

“There’s a certain blandness to The Tender Bar as well, à la Tuesdays with Morrie or any number of ostensibly inspirational memoirs, though perhaps the maturity comes in the willingness to get out of the movie’s way and let the material speak for itself.”

The Tender Bar premiered at this month’s London Film Festival, and will receive a limited theatrical release in December before streaming on Amazon Prime Video early next year.

This content is created and maintained by a third party, and imported onto this page to help users provide their email addresses. You may be able to find more information about this and similar content at piano.io

We use cookies on our website to give you the most relevant experience by remembering your preferences and repeat visits. By clicking “Accept All”, you consent to the use of ALL the cookies. However, you may visit "Cookie Settings" to provide a controlled consent.
Cookie SettingsAccept All
Manage consent

This website uses cookies to improve your experience while you navigate through the website. Out of these, the cookies that are categorized as necessary are stored on your browser as they are essential for the working of basic functionalities of the website. We also use third-party cookies that help us analyze and understand how you use this website. These cookies will be stored in your browser only with your consent. You also have the option to opt-out of these cookies. But opting out of some of these cookies may affect your browsing experience.
Necessary Always Enabled
Necessary cookies are absolutely essential for the website to function properly. These cookies ensure basic functionalities and security features of the website, anonymously.
Functional
Functional cookies help to perform certain functionalities like sharing the content of the website on social media platforms, collect feedbacks, and other third-party features.
Performance
Performance cookies are used to understand and analyze the key performance indexes of the website which helps in delivering a better user experience for the visitors.
Analytics
Analytical cookies are used to understand how visitors interact with the website. These cookies help provide information on metrics the number of visitors, bounce rate, traffic source, etc.
Advertisement
Advertisement cookies are used to provide visitors with relevant ads and marketing campaigns. These cookies track visitors across websites and collect information to provide customized ads.
Others
Other uncategorized cookies are those that are being analyzed and have not been classified into a category as yet.
SAVE & ACCEPT